Find out how to get to our course locations.

Getting to our course locations is easy!

All of our courses are held in Oxford, a bustling city, with a variety of transportation options available to you.  Getting around in Oxford is relatively easy, though it can be a busy place, so it is a good idea to plan your journey in advance, especially if this is your first time with Oxford Science Studies!  Driving in and around Oxford isn’t particularly advised, but our course locations are set just outside of the centre, making it possible to do so, with drop off and pick up locations available.  Our courses take place either at Oxford International College or at St Edward’s School. 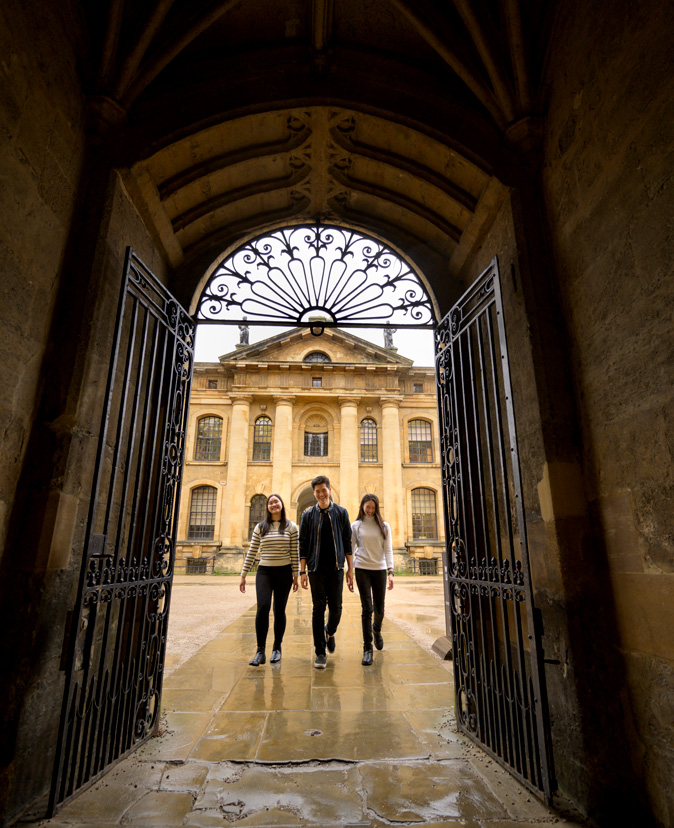 If you are arriving by car, turn off the main road into Cave Street, where you will be able to drop off only.  There is no parking available.  If a student is making their own way by car, please use the Thornhill Park and Ride.  From the Park and Ride take the 400 bus (the purple one) and get off at St Clement’s Street (at the bottom of Headington Hill, just after the traffic lights). Parking costs £2 and an adult return is £2.80.

By Bus or Coach

St Clement’s Street benefits from multiple bus stops, walking distance from the course location.  Buses are available to and from the Park and Ride, the city centre, London and the main London airports.  If arriving by bus, the stops are well known as ‘St Clement’s’ and bus drivers are happy to alert you of your arrival, so you know when to get off.

Be careful – there are two train stations in Oxford, the one in the city centre, known as Oxford, and one just outside, known as Oxford Parkway.  The train station in the city centre is more accessible, with a number of bus routes servicing this stop.  From the train station, you have a number of options.  You can take a bus, such as the 400 Park and Ride to Thornhill, you can take a taxi or you can walk.  A taxi will take approximately 10 minutes and should cost around £8.  Taxis are generally available outside the station, although it is advisable to book in advance. Though it is a nice walk, it will take you approximately 30 minutes.

Be wary, there are two locations for St Edward’s School, one on either side of Woodstock Road.  For pick up and drop off you need the main entrance and not the gym side, also known as Nuffield Health.  Parking is available at St Edward’s School, though only in one set location and upon notification to Oxford Science Studies.  Students wishing to park for the duration of the course should advise so at registration.  We will need to take the car make/model and registration number and will direct them to the appropriate car park.

By Bus or Coach

Buses run regularly from the city centre, either from Magdalen Street or George Street, going to Summertown either via Woodstock or Banbury Road.  The nearest bus stop to the course location is ‘South Parade’.  Trying to walk from the city centre can be difficult with luggage and will take approximately 40 minutes.

The bus journey to/from London Heathrow will take around 2 hours and to/from London Gatwick around 2 1/2 hours, though allow longer in rush hour.  There is no direct route to St Edward’s School and you will need to get a further bus or take a taxi.  It is usually best to get off at Gloucester Green, which is the main bus station in Oxford.

Be careful – there are two train stations in Oxford, the one in the city centre, known as Oxford, and one just outside, known as Oxford Parkway.  St Edward’s School is just over 2 miles away from either train station.  A taxi will take approximately 10 minutes and should cost around £8.  Taxis are generally available outside the station, although it is advisable to book in advance.

We have more arrival information available.

These help us to analyse data about web page traffic and improve our website to tailor it to customer needs; we only use this information for statistical analysis purposes

Any cookies that may not be particularly necessary for the website to function and is used specifically to collect user personal data via analytics, ads, other embedded contents are termed as non-necessary cookies. It is mandatory to procure user consent prior to running these cookies on your website.